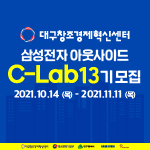 Mergers and acquisitions have been Kakao Entertainment’s key growth driver. Kakao in 2015 acquired mobile content service Podotree, which was renamed Kakao Page, and following year took over Loen Entertainment, later known as Kakao M. Kakao Entertainment was launched in March this year after the merger of these two companies.

The company’s acquisition spree has continued this year. Kakao Page, the webtoon and web novel unit, has focused on deals to buy businesses that create original content, while Kakao M has purchased a slew of drama studios and agencies for actors to expand into the media content business.

The number of Kakao Entertainment’s subsidiaries has increased to 37 from 31 at the end of June, with six more companies added to its subsidiary list in the past three months only. The number also represents nearly a quarter of 158 affiliates under the broader Kakao Group.

Kakao Entertainment’s expansion through mergers and acquisitions has been supported by the group’s overall culture that emphasizes independent management of each unit. Becoming part of Kakao Group was also an attractive option for smaller entertainment companies that have growth potential but lack a concrete roadmap for growth.

The company has rarely been targeted by Korea Fair Trade Commission (KFTC), the country’s antitrust authorities, despite its growing subsidiary list because the domestic entertainment market is fairly fragmented.

However, things could change in the future as KFTC plans to strengthen its rules on combination deals involving online platform businesses, a move apparently targeting Kakao Group.

Now is the time for Kakao Entertainment to shift away from its acquisition-focused growth strategy, industry experts said. With plenty of resources, the company is likely to shift its focus to enhancing user experience on its platform and monetizing content across the value chain encompassing digital comics, drama productions and internet media.

Kakao Entertainment is also expected to turn its eyes to overseas markets. It completed the acquisitions of US storytelling apps Radish and Tapas in July this year. The company may explore possible acquisitions of foreign production studios to expand its global presence and create synergies with existing businesses.

“It is true that we have a large number of subsidiaries, but the acquisitions were to strengthen our competitiveness, not to dominate the market,” an official at Kakao Entertainment said. “Discussions are underway internally to shift our focus to global expansion in accordance with the change in the group’s growth strategy.” (Reporting by Pil-woo Choi)
< 저작권자 ⓒ 자본시장 미디어 'thebell', 무단 전재 및 재배포 금지 >