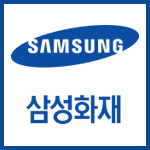 According to investment banking (IB) industry sources on February 21, Kyochon F&B plans to apply for a preliminary IPO review in April to the Korea Exchange (KRX). The chicken franchise aims to complete its IPO by the end of this year. Mirae Asset Daewoo will act as a bookrunner for the listing. The company announced its IPO plan in 2018.

The country’s other famous franchises including BHC, Nolboo, and BonIF attempted to launch IPOs, but withdrew their plans as they all failed to meet IPO requirements. However, market watchers have heightened their expectation on the chicken franchise as it has maintained its top position in the homegrown chicken franchise industry.

The chicken franchise has also sold its loss-marking affiliates and brands to enhance its business efficiency in preparation for its IPO. The company has focused more on its core business by establishing its R&D center and enhancing its ERP system.

Kyochon F&B will strengthen its foothold in global markets if the listing succeeds. The company is currently operating in the U.S., Malaysia, Indonesia, Thailand, the Philippines, and China. The proceeds raised from the IPO will help the homegrown chain to grow to a global franchise.

“Kyochon F&B sold company shares to employees at the beginning of this year,” said an IB industry source, adding, “The company is likely to go public by the end of this year as planned if it applies for the preliminary review in April.”