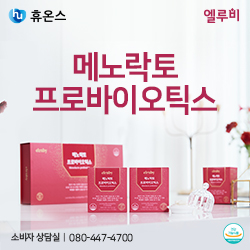 The company, which is currently under bankruptcy protection, produces rubber parts used in the automotive industry. The deal will utilize all of the remaining capital in a 60 billion won blind-pool fund co-managed by UAMCO and Pinewood PE.

The fund, created in April 2017, has focused on opportunities to invest in distressed auto parts companies amid the slowdown in the domestic automobile sector. It bought DH Electronics for 11 billion won in 2017, followed by the 17 billion won acquisition of MT Korea in 2018.

The fund also acquired Dynamec for 30 billion won last fall in partnership with the state-run debt clearer Korea Asset Management Corporation (KAMCO), with the fund and KAMCO each investing 20 billion won and 10 billion won. The deal marked the first successful example of the Autonomous Restructuring Support (ARS) program, which was introduced by the Seoul Bankruptcy Court to allow companies worth more than liquidation value to discuss reorganization plans with creditors on their own during up to three months from an application for bankruptcy.

All of the three investee companies – DH Electronics, MT Korea and Dynamec – are Hyundai and Kia Motors’ suppliers, which filed for bankruptcy due to liquidity crisis as the domestic auto industry witnessed falling sales in recent years.

UAMCO has been very active in investing in distressed companies since Covid-19 took hold. Apart from JM Advanced Materials, the bad debt manager’s other investments made in the first half of this year include marine parts supplier Staco, power transformer producer TCT and plant equipment manufacturer POSCO Plantec.